The Vudoos are ready for the 2019 Spring season with some familar (and still ugly) old faces and some new ones. Michael Bliss, Adam Kelly, Cory Vanderbeek and Jeff Young join the Vudoos as the Vudoos continue to celebrate their 20th year anniversary.

The Vudoos will skate in division IV playing a ten game schedule against the Archers, Biohazards, Hooligans and Puck Pimps. 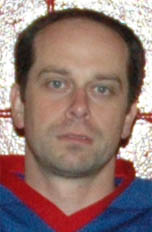 Ziesse broke the five-five tie with just 3:40 to go in the third and Woods-Corwin added an insurance goal just 22 seconds later in a chippy, hard-fought game. More...